Ransomware 101: A Complete Guide to Preventing & Removing an Infection 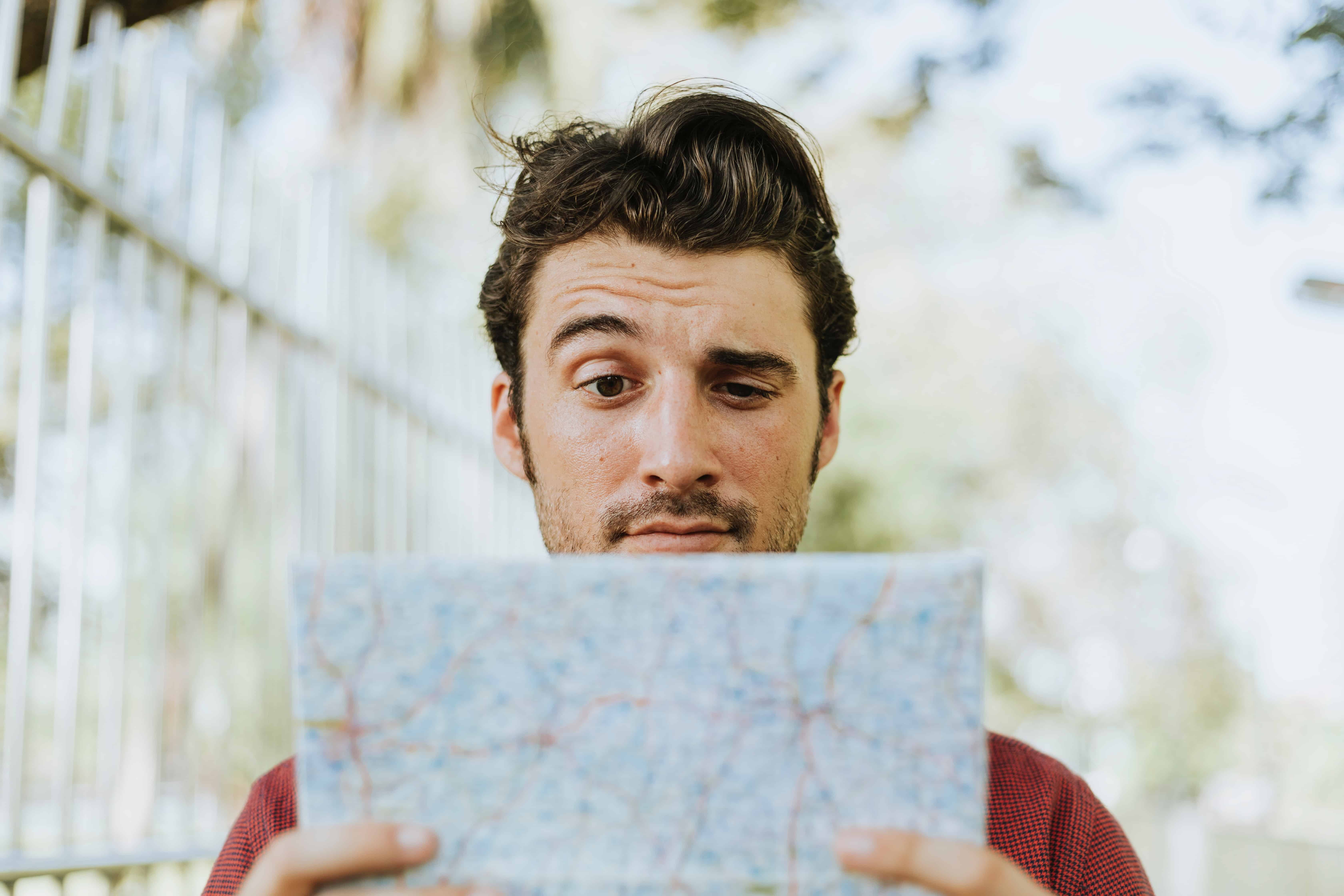 Ransomware 101: A Complete Guide to Preventing & Removing an Infection

A recent survey found that one in three small to medium-sized businesses were infected with ransomware in the last year.

Ransomware has become a huge challenge for businesses—and a financial boon for the hackers who develop it. It’s a problem that isn’t going away anytime soon. But that doesn’t mean you can’t defend yourself.

With the right tools, any organization can dramatically reduce its risk of a ransomware infection and recover quickly from an attack.

Rule number one: Know your enemy. Before you can mount an effective ransomware defense, you need to know what you’re up against.

Here are the basics:

Infections are designed to spread across networks, bringing your business-critical operations to a standstill. In some cases, additional forms of malware are deployed for secondary purposes, such as data theft and cyberextortion.

How do infections happen?

The majority of ransomware attacks are delivered by email. They come in the form of spam and phishing emails, disguised as invoices, receipts and other legitimate-looking communications.

When an unsuspecting user opens the email attachment or clicks a bad link, the infection takes root.

More sophisticated ransomware strains don’t require user action at all. The 2017 WannaCry attack, for example, exploited vulnerabilities in unpatched versions of Windows. More than 200,000 computers were infected worldwide, because organizations hadn’t updated their systems. Nearly a year later, businesses were still being attacked by WannaCry. And in fact, WannaCry remains the 2nd most prevalent ransomware variant today, with more than 26% of IT providers saying their clients were infected with it in 2019.

How ransomware payments are made

In a successful attack, hackers ask their victims to make a payment via cryptocurrency, such as Bitcoin, in exchange for the decryption keys to unlock the data.

Using cryptocurrency enables the payments to remain anonymous and largely untraceable. This is partially what has allowed the ransomware market to thrive. However, governments are getting more aggressive in disrupting hackers’ access to their loot. In June 2021, the U.S. Department of Justice seized $2.3 million in cryptocurrency from the hacker group known as Darkside, which disrupted American fuel supplies with a ransomware attack on Colonial Pipeline.

We’ve been tracking ransomware statistics for a while, and the numbers aren’t looking much better today than they did a few years ago.

Here are some of the most troubling stats we’ve seen in recent months:

Want to know the most frustrating thing about these attacks? They’re preventable! Ransomware can only infect your network if you let it in.

Here’s what we mean by that …

There’s no denying that ransomware is evolving. More sophisticated attacks like WannaCry and NotPetya took advantage of other vulnerabilities that had nothing to do with user error. These attacks demonstrate that hackers are finding new ways to get into your systems without requiring somebody to open a bad email.

But whether an infection exploits your network vulnerabilities or your employees’ lack of cybersecurity education, these attacks are still preventable. The vulnerabilities are fixable. As long as you’re patching your systems like normal, and training staff on what to look for, the attacks can be stopped.

How to prevent ransomware

Ransomware prevention needs to be a multipronged approach: training and technology. In other words, you need to focus on the human element as much as your infrastructure vulnerabilities.

Your preventative measures should include:

What to do in a ransomware attack

“Oops, your files have been encrypted!”

That message is usually the first sign that you’ve been infected by ransomware. By then, it’s usually too late to recover your infected files (see removal options below) – but you can take steps to prevent the infection from spreading:

As for removing the ransomware, unfortunately you don’t have too many options. Decrypting the files is usually impossible without the keys, unless it’s a weak ransomware variant for which decryption tools exist online. And as we mentioned above, paying the ransom doesn’t guarantee you’ll get your files back.

But there’s one incredibly simple and effective method for ransomware removal: recovering a data backup.

Backing up your data is the single best way to ensure that ransomware doesn’t kill your business. In an attack, you can simply restore a clean backup from before the infection occurred. That removes the ransomware and gets you back to work. So, as long as you’re backing up frequently, and your backups are recoverable, you can greatly minimize the impact of an attack.

If restoring a backup isn’t an option, here are a few other ways to remove ransomware.

Don’t pay the ransom. Here’s why.

Paying your ransomware attackers can be tempting when other recovery challenges seem insurmountable. But if you can avoid paying the ransom, you should.

A recent survey by Datto showed that 15% of businesses never got their data back after shelling out the cash. Even more recently, a report highlighted by Forbes found that as much as 92% of businesses that pay their attackers don’t get anything in return. So there’s a strong chance you’ll simply be dumping money down the drain if you pay up.

Additionally, paying the ransom supports the ransomware industry. As long as businesses and individuals keep paying their attackers, ransomware will only get worse. Finally, by giving the cybercriminals the money they want, you may also be inadvertently funding other types of illegal activity.

But businesses are doing it anyway …

Small, medium and large businesses paid a total of $370 million in ransom in 2020, according to numbers highlighted by CNBC. That’s up from $301 million in 2017. This is why ransomware has become such a moneymaker for cybercriminals.

Here are some interesting figures on these payouts according to a 2020 Datto report:

Fewer than 1 in 3 businesses reported the attack to the authorities. The FBI strongly encourages businesses to report every attack to law enforcement.

No industry is immune from ransomware. But as cybercriminals discover which sectors are most profitable, they hit those businesses harder.

Healthcare and finance/insurance have become two of the biggest targets. In Datto’s 2020 survey, 59% of IT providers said that healthcare organizations were the most susceptible to ransomware, followed by finance/insurance with 50%.

Within healthcare, hospital ransomware attacks have become particularly problematic. A sudden loss of data isn’t just costly for a healthcare facility – it also hurts patient care. During the height of the COVID-19 pandemic, attackers specifically targeted hospitals in an attempt to disrupt their operations even further and thus increase their odds of a payment. The situation got so bad that fall that the FBI warned of “imminent” attacks against the healthcare industry (though ultimately no such simultaneous attacks materialized).

Why are these industries being singled out? It’s not just the big payouts. Cybersecurity vulnerabilities in the healthcare sector are well documented. Reports show that computer systems are often unpatched, and staff are susceptible to social engineering, like phishing emails.

No OS is safe

Just because those industries are taking the brunt of ransomware attacks doesn’t mean attackers won’t come for you. And increasingly, it doesn’t matter what operating system you’re running.

Every major operating system can be infected with ransomware, including Windows, Apple OS X, Linux and Android. If your systems haven’t been patched, and a user inadvertently lets in an infection, that’s all it takes.

A survey of 1,000 managed-service providers (MSPs) asked the question: What systems have you seen infected by ransomware? Here were the results:

While Windows remains the biggest target, given the high adoption rate, other operating systems are still at risk. A 2017 Linux ransomware infection surprised security researchers who at the time believed that such an attack wasn’t even possible.

As a leader in data protection, Datto understands how dangerous ransomware can be to businesses. The company’s backup and disaster recovery (BDR) technologies are a smart choice for several reasons: hybrid backup storage (cloud and on-site), high backup frequency, backup integrity and instant virtualization options (each backup is a fully bootable virtual machine).

But Datto went a step further in 2016 by adding ransomware defense directly into its BDR appliances. Datto’s ransomware protection detects the earliest signs of a ransomware infection (for example, file content being rapidly overwritten by random data). The system then notifies administrators, instructing them to restore a clean backup.

Remember, in a ransomware attack, every second counts. Early detection such as this can greatly minimize a disruption by identifying the location of an infection and allowing administrators to take swift action.

Restoring data from a backup

Not all backup restore options will be successful after a ransomware attack. If data across a large network has been infected, it could take days or weeks to fully recover all lost data from a conventional backup system. In many cases, it may make sense to build a completely new environment and then migrate clean data over to the new systems.

This is another area where Datto’s solutions excel. Datto’s Rapid Rollback feature is a restore option designed specifically for incidents like ransomware. The tool identifies all unwanted changes between two recovery points, so that only the encrypted data needs to be restored, instead of the entire backup.

While the Feds urge businesses not to pay a ransom, they are mindful that some organizations have few other options. In its documentation on Ransomware Prevention and Response for CISOs, the FBI states:

“USG does not encourage paying a ransom to criminal actors. However, after systems have been compromised, whether to pay a ransom is a serious decision, requiring the evaluation of all options to protect shareholders, employees, and customers.”

In other words, if it means the business will not survive without its data, then paying the ransom may be the last resort.

If you must pay, however, security experts recommend negotiating with the attackers. This can help to lower the ransom demand or take other threats off the table, such as the public release of stolen data. Today’s cyber-insurance firms typically partner with experienced negotiators and attorneys who can handle the negotiation on your behalf.

Is your organization prepared for a ransomware attack? Use this checklist to see if you’ve eliminated the most common vulnerabilities.

Ransomware is a dangerous form of malware designed to encrypt your data and disrupt your operations. The threat is not expected to go away anytime soon. Businesses that do not take proactive measures to prevent an attack are at great risk of becoming a victim. In a successful attack, restoring data from a backup is typically the fastest and most dependable way to remove the infection. This is why it’s critical for businesses to have a robust data backup system in place, in addition to other preventative measures.

For more information on how your company can defend against ransomware and other data threats, contact our business continuity experts at Invenio IT. Call us at (646) 395-1170, email success@invenioIT.com or request a free Datto demo today. 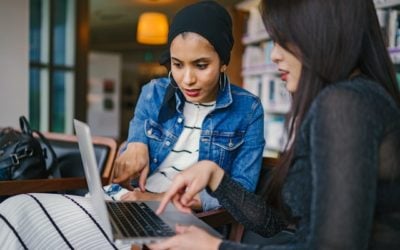 Deploying a small business backup solution is the most important step to preventing...

Business Continuity Consultants: Read this Before You Hire One

If you don’t know the answer to the following questions, then it’s probably time to... 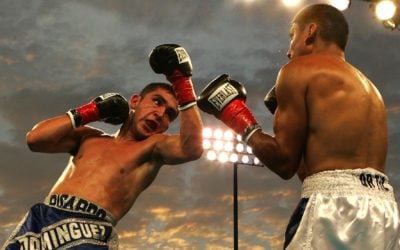 Datto vs. Intronis / Barracuda: the battle to be the legitimate # 1