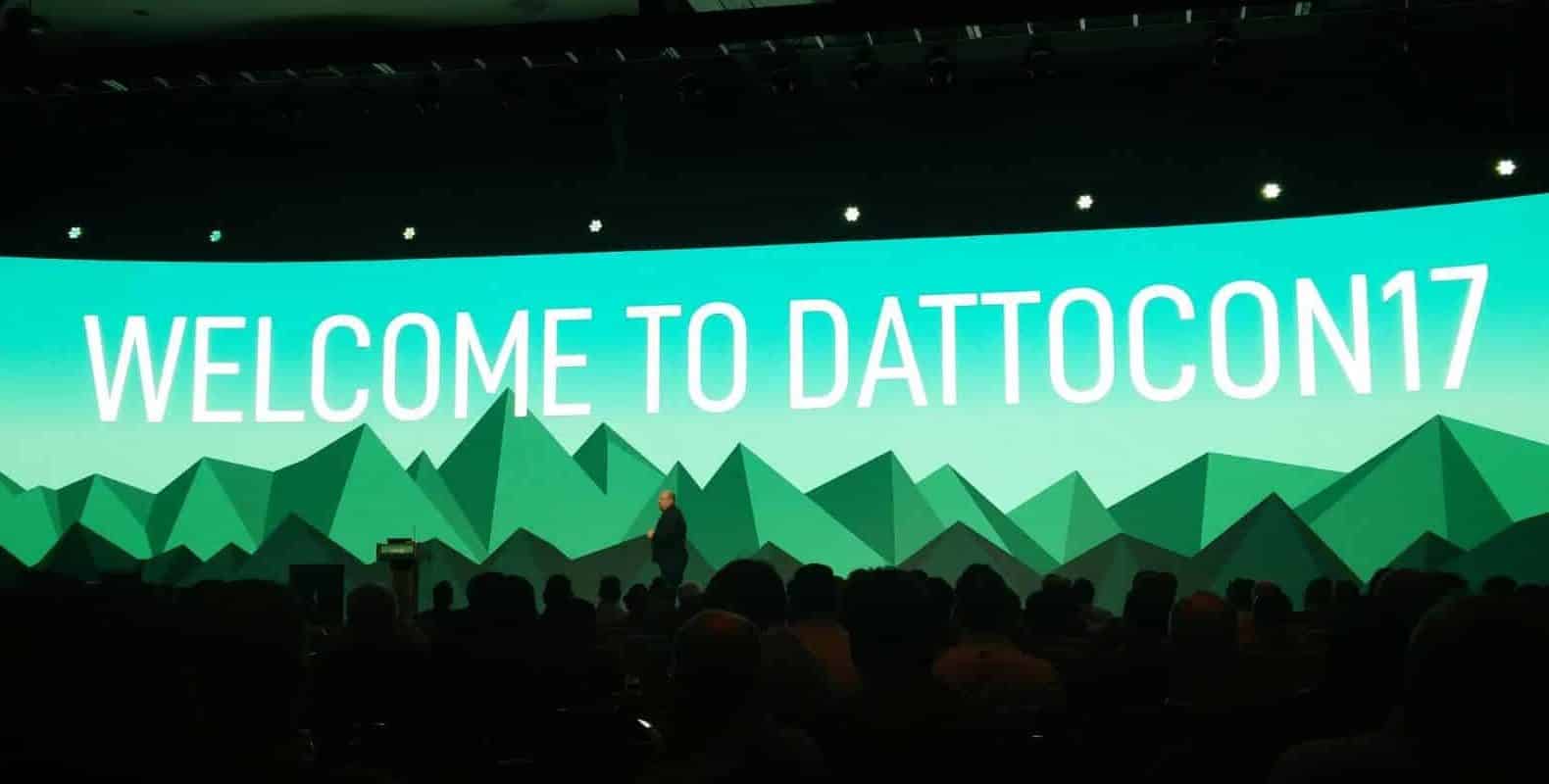 DattoCon17 just wrapped up last week in Denver, and I’ve been eager to share my thoughts on all the new product announcements. This is Datto’s big annual conference: three jam-packed days of training, news and insight, attended by technology professionals from more than 1,000 managed service providers around the globe. In the world of business continuity and data protection, DattoCon has become a can’t-miss event.

There’s a lot to cover, so let’s dig right in.

Over the last decade, Datto has quickly gone from a relatively unknown startup to one of the biggest players in business continuity. From my standpoint, they’ve accomplished this by doing three things:

For me, DattoCon17 continued to drive those points home.

With their product offerings as is, the folks at Datto could have easily sat back, done nothing, and they’d probably continue to disrupt the BCDR market. But complacency is not in Datto’s repertoire. Austin McChord, the CEO of Datto, made it immediately clear that the company will continue to push their products to new limits.

From a high-level view, that means we can look forward to increases in performance and reliability, across the board. But also, Datto is making their solutions easier to deploy, manage and customize, so they fit the unique needs of each client.

Let’s take a closer look at the specifics.

For small businesses, the new ALTO 3 is arguably the most exciting announcement that came out of DattoCon17. ALTO is designed specifically for SMBs, providing what Datto calls “enterprise grade protection at a small business price.”

ALTO 3 represents the product’s first major update since 2014, with several notable improvements upon the previous version.

What I like about the ALTO 3 is that it shows Datto is serious about continuing to serve the small-business community, whose continuity concerns are just as important as large businesses. One BDR expert, in an interview with Computer Dealer News, called the new ALTO 3 “the perfect solution in a box for an affordable price that pretty much any small business can afford.” I couldn’t agree more.

Datto has also announced several welcome updates to its blazingly fast SIRIS line, which is comprised of a range of appliances for medium to enterprise businesses.

Back in 2014, I was excited to see Datto integrate Backupify’s SaaS backup technologies into its solutions after acquiring the company. Now, it looks like Datto is taking its SaaS backup offerings even further.

The company also gave a sneak peek of a SaaS Protection appliance that will be released later this year. Powered by Intel Xeon processors and Intel’s Optane high-speed storage technology, the system will offer all the functionality of its hosted SaaS solution via an on-site (or data-center-based) device.

This is more of a branding update, but it’s notable from a communication standpoint. The onboard OS and application stack on ALTO, SIRIS, and NAS devices is being rebranded as IRIS. This creates a clearer distinction between Datto’s hardware and software versions, which is especially useful during support calls and client demos. Less confusion = happier IT folks and customers.

Datto says that IRIS will also add new image-based updates to the software stack, which should significantly reduce the risk of errors during the update process.

Datto’s push into networking is a prime example of how the company is thinking beyond the traditional scope of business continuity, which is usually focused too narrowly on data backup systems.

Datto announced its Network Continuity offerings a few months ago, but they revealed several big updates at DattoCon17:

Check back for more updates on Datto’s newest offerings and features in the weeks to come.

For more information on Datto business continuity solutions that can safeguard your data, contact our experts today at (646) 395-1170 or email success@invenioIT.com.