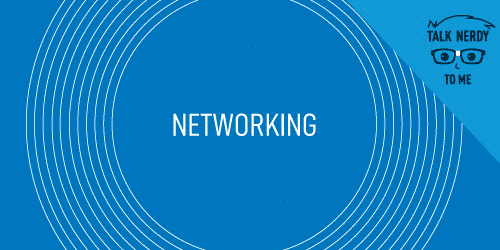 Now, what could be left for Datto to tackle? In 2017 their goal is singular. They strive to develop the world’s best backup and recovery system. Period.

While they will look to improve upon their existing offerings, including the impressive SIRIS platform, new products and services will also play a role.  Datto is venturing into connectivity. That’s right. Connectivity has been the missing link that brings together all aspects of a business’ data. It’s an area that has been severely under-serviced—until now.

What we’ve all been waiting for, literally: the Datto Networking Appliance

For starters, Datto is officially launching their Datto Networking Appliance. We’ve been lucky enough to test drive one in our office. However, now this powerful UTM device is available to SMBs across the US.

The DNA it is an edge router, with intrusion detection and prevention. It offers robust settings for content filtering and management as well as true gigabit speed VPN, with Layer 7 Deep Packet inspection.  Specifically, the Datto Networking Appliance includes an 8 Core Xeon Processor, 8 gigabytes of RAM and 32 gigabytes of Solid State Storage. In addition, the receives the same award-winning 24/7/265 support that has become synonymous with Datto. You can learn more about it here.

However, perhaps the most impressive feature is the integrated 4G LTE failover feature. Datto manages the backend directly with the carrier to provide a seamless experience for the end user. There is no other product on the market anything like this.

While the DNA is exciting, it is just the tip of the iceberg. Datto wants to own connectivity and that goes well beyond a UTM. Datto is setting out to change networking as we know it through a family of products that were specifically designed to work together—a very novel concept for the category.

So what exactly does that mean? Of course, you need a UTM to federate the internet connection, protect the organization from outside threats. But, there is more to connectivity. There is access-level switching to enable the broader use of the connection. And, as you likely know, WiFi connections are an ongoing pain point. There are multiple vendors, hardware of various ages and generations—and all without any legitimate option for support! Not to mention, none of these things are manageable from the cloud. That said, Datto is applying the ingenuity they brought to BDR to connectivity and providing businesses with the opportunity to have one, single end-to-end solution.

Introducing Managed Networking Services (MNS)! Austin McChord, Datto CEO, defines this as the ability to create manage and monitor complete networks from the cloud, delivered as a service. This follows the natural evolution of IT. Think about it. Service, Security, Backup, these were all once products.

In order to do this, Datto has acquired the innovative, Portland-based, networking company, Open Mesh. Open Mesh has been providing wireless solutions that are simple, inexpensive and reliable for over a decade. There are Open Mesh appliances in over 100 countries, with some of the biggest brands and organizations using their products. With this move, Datto will redefine the industry standard for networking, easing the burden through creating an integrated, seamless experience. They will call it: Datto Networking.

The Datto Networking product portfolio are going to be a complete solution for the SMB that is cloud-managed, high-performance, fully integrated, without an enterprise price tag. The family of products includes the new DNA, latest generation access points as well as a full line of PoE switch gear.

In addition to the UTM firewall, the Datto Networking Appliance, they introduced the Datto Networking WiFi with 802.1 Layer 7 visibility, happening right at the AP level. The piece can operate in places where connectivity was previously unavailable since it can function without a physical connection—both indoors and out.

Next, are the Datto Networking Switches that feature a high-performance backplane, with a huge PoE budget of 802.11af/at.  What’s more, it has link aggregation as well as rich layer 2 features—and, of course, is fully manageable from the cloud.

While this is big news for the industry, I truly believe this is just the beginning. I expect Datto to continue to push the Networking space just as they challenged the paradigm for business continuity. Stay tuned.