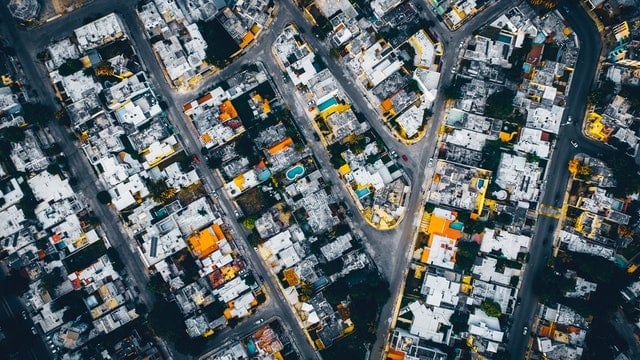 What is Converged Infrastructure, and How Does Data Backup Fit into It?

One of the greatest challenges for growing businesses today is reducing the complexity and cost of sprawling IT infrastructures. By consolidating several IT components into a single integrated system—a concept known as converged infrastructure—businesses can achieve greater simplicity, flexibility and scalability.

What exactly is converged infrastructure, and how does it compare to traditional IT architecture?

To answer that question, we need to first address the unique challenges facing today’s IT teams.

Large companies are faced with the difficult task of managing increasingly complicated IT infrastructures.

Even if the company itself is not experiencing rapid growth, chances are the company’s data is. Enterprise businesses create enormous amounts of data on a daily basis. And when they have numerous locations around the globe, these organizations require a complex infrastructure to store, process and safely transmit all that data.

However, despite that growth, IT departments tend to face limited budgets that put pressure on them to “make do” with what they have, rather than investing in more innovative and efficient deployments.

And that’s only part of the problem.

The challenge of doing more with less

Sure, it wouldn’t be impossible. And a creative child could probably build something truly magnificent. But let’s face it, it would be a whole lot easier and faster if she could use only one type of block, rather than four. (Not to mention, if her big brother broke some of the blocks, she’d have to do some serious reconfiguration to rebuild the missing sections with other blocks.)

A sprawling IT infrastructure is a little bit like that. It requires you to make all kinds of disparate things work together, regardless of type, size or vendor.

A skilled IT architect can indeed design a beautiful architecture out of those disparate systems. They do it every day. But that doesn’t mean it’s always the best way.

When you’re integrating all kinds of different servers, data storage systems, network devices and other IT components, you’re bound to run into problems eventually.

For large businesses, one of the biggest challenges is managing it all. When the blocks don’t fit together, somebody has to make them fit. When equipment and software don’t natively work together, they need to be manually integrated. And those integrations can be extremely time-consuming for IT teams – and thus also extremely costly.

For some companies, that kind of integrated architecture might actually make sense – it all depends on the business’s operations and infrastructure needs. But for many businesses, it can be more efficient to move to a converged infrastructure instead.

What is converged infrastructure?

Converged infrastructure is a consolidated approach to IT infrastructure that deploys several infrastructure components, such as servers, data storage devices and network hardware, into a single appliance from one vendor.

Sometimes referred to as converged architecture, it’s designed to be a turnkey solution, eliminating the need to manually integrate and manage several disparate systems.

Converged infrastructure is already integrated upon deployment. Every component on the converged appliance is pre-configured and pre-tested – so it’s literally ready to go. This means IT teams don’t need to spend weeks on deployment or hire personnel to monitor and manage it around the clock.

How is it different from conventional architecture?

“Conventional” is a misleading word here, because businesses can deploy their infrastructure in several different ways.

But focusing specifically on enterprise businesses—larger companies with thousands of employees—the typical approach is deploying a range of different computer, storage, networking and virtualization resources within a data center.

Each component can be developed by a completely different technology provider. So for example, the data storage server could be from IBM, but virtualization could be powered by a Cisco server. The job of IT personnel would thus be to make sure those components all work together—and scale together as business needs evolve.

Converged infrastructure is different from conventional infrastructure in that it packages those hardware components into a single unified product with a common physical enclosure.

What are the benefits of converged infrastructure? Here are the big ones …

Converged architecture simplifies your infrastructure, making it easier to deploy, manage and maintain.

·      Deployment is much faster, because the system is preconfigured and tested, right out of the box.

·      Maintenance is easier, because the unified solutions are already configured to work together seamlessly.

·      Getting support is less complicated and less time-consuming, because you only need to deal with a single vendor, rather than several.

·      Managing the deployment is simpler and more streamlined, so your IT folks can devote their time to other important tasks.

A simplified infrastructure can translate into significant savings for enterprise companies.

Easier deployments mean that less time (and money) is spent configuring and managing the components. By freeing up time for IT personnel, you’re effectively boosting productivity in other areas and maximizing department resources. Every minute saved on infrastructure maintenance is a monetary savings for the business. And on a larger scale, a reduced need for management will also mean a reduced need for future hiring.

Converged infrastructures can require a larger upfront investment than traditional deployments, but in general, the total cost of ownership tends to be significantly less expensive in the long run.

Combining several IT components into a single enclosure makes your infrastructure more efficient. It has a smaller footprint, which maximizes space in the data center and generally uses less power, too.

Additionally, since the computer, networking, servers, storage and virtualization solutions are all optimized to work together seamlessly, they run more efficiently too.

As you’d expect, that increased efficiency can also translate into …

That’s because the components inside the appliance are intelligently designed to work in tandem. Optimization throughout the stack means that computing resources are used more efficiently. In turn, this brings greater speed and stability to nearly every process, whether it’s bulk data migration, virtualization or application processing.

Faster performance for end users means they can do their jobs more efficiently too, boosting productivity and providing an additional benefit to the organization’s bottom line.

Let’s go back to that analogy of the toy blocks for a moment.

Your industrious 5-year-old has built a magnificent house using all four types of disparate blocks. But uh-oh—the house needs an addition. Chances are she can’t simply add more blocks. She’ll need to tediously rebuild an entire section of the house to make sure the new addition is stable and structurally sound.

Scaling your IT infrastructure can be a similar headache: complex, time-consuming and inefficient. Each new addition requires additional work to make sure everything is properly configured to work together.

Converged platforms make it easier to scale up without new integrations or investments. They’re typically deployed at scale to fit current needs, but can be scaled up as those needs grow and evolve over time.

What’s the difference between converged and hyper-converged infrastructures?

When evaluating converged offerings, you may also hear the term hyper-converged infrastructure.

While the two approaches are similar in approach (simplifying your architecture with a unified system), the actual deployments are a bit different.

The key difference between the two is that converged infrastructure is a completely unified appliance with each component branded by a single vendor, while hyper-converged is more software-centric, leveraging white-box servers and generic hardware, along with more granular, software-defined services, such as data backup and deduplication.

Converged infrastructure tends to provide easier management from a central location, while hyper-converged provides easier scalability and is better suited to organizations with multiple remote locations.

So, what exactly does a converged infrastructure appliance look like? Well, like any other IT rack enclosure, basically – filled with servers, networking and other hardware.

Some examples of leading converged infrastructure platforms include:

Note that some systems are available directly through vendors, while others can only be purchased through channel partners.

The converged infrastructure market is growing fast. In 2019, the market is expected to grow more than 22% over last year, as more CIOs seek ways to simplify their data-center architecture.

But if you’re considering a converged solution, you need to be sure that data backup and disaster recovery do not become an afterthought.

The best converged infrastructure platforms unfortunately do not come with today’s best business continuity solutions. But the good news is: they can be easily integrated, allowing you to maintain the simplicity and efficiency of converged architecture, while also ensuring iron-clad data protection.

Leading BC/DR solutions like the Datto SIRIS are designed to integrate seamlessly with nearly any physical, virtual and cloud infrastructure. The SIRIS itself is a unified continuity appliance that works right out of the box, offering hybrid cloud backups (on-site and in the Datto Cloud), instant virtualization, automatic backup verification and a backup frequency of up to every five minutes.

So no matter what your infrastructure looks like, you can be sure that your data is backed up around the clock and quickly recoverable if disaster strikes.

Learn more about integrating Datto with your converged system

Get more information on adding Datto’s data protection to your converged or hyper-converged infrastructure. Schedule a free demo or contact our business continuity specialists at Invenio IT. Call (646) 395-1170 or email success@invenioIT.com.