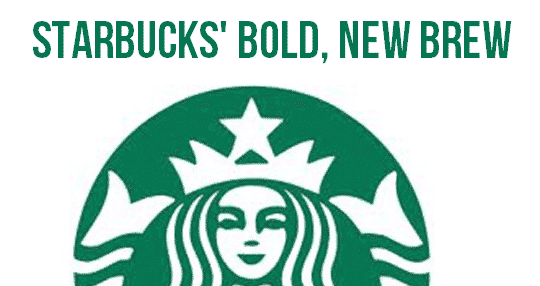 We love to see women in technology, but there’s more.

Starbucks, a self-proclaimed technology company that happens to sell coffee, announced a new leader for its global technology team yesterday—and we think this is brilliant for two reasons:

1) As we’ve pointed out, we love to see women in technology. The new leader of the caffeinated world is a woman: Gerri Martin-Flickinger. That’s, Gerri, not Jerry. Martin-Flickinger most recently comes from Adobe Systems as their chief information officer. Martin-Flickinger has been with Adobe since 2007 and is credited with helping to lead their shift to cloud-based services. She replaces Curt Garner, who announced his decision to leave the position in June.

2) The Seattle-based coffee company is forward thinking in evolving the role from Chief Information Officer to Chief Technology The title change may sound subtle, but it is a reinforcement of Starbuck’s commitment of technology to both enhance the consumer experience as well as their bottom line.

In an internal email today, Starbucks COO Kevin Johnson stated “This is a reflection of the fact that I am looking for Gerri to not only be a great leader of our global IT function but to also contribute her expertise to help shape the global strategy and the technical architecture that we are building to power Starbucks into the future”. Martin-Flickinger will work with other Starbucks executives “to ensure our technology agenda supports our growing core business while at the same enables several key strategic initiatives including the digital consumer experience lead by (chief digital officer) Adam Brotman and the personalization initiative led by (global chief strategy officer) Matt Ryan,” Johnson continued.

Starbucks has seen great success using technology to push cups of Joe. It rolled out a very profitable Mobile Order and Pay program in the United States and United Kingdom (soon to hit Canada), and will pilot a delivery service before the end of the year.

To be honest, we aren’t surprised by Starbuck’s bold, new brew of women in technology and forward thinking—the company has revolutionized the way the world views a cup of coffee (and certainly redefined how much you would pay for it). Everyone wants Starbucks, having a cup is affordable luxury, it allows you to feel as though you have “arrived”.

Technology can help businesses of all shapes and sizes. If you want to know how technology can be used to improve your business, give us a call.