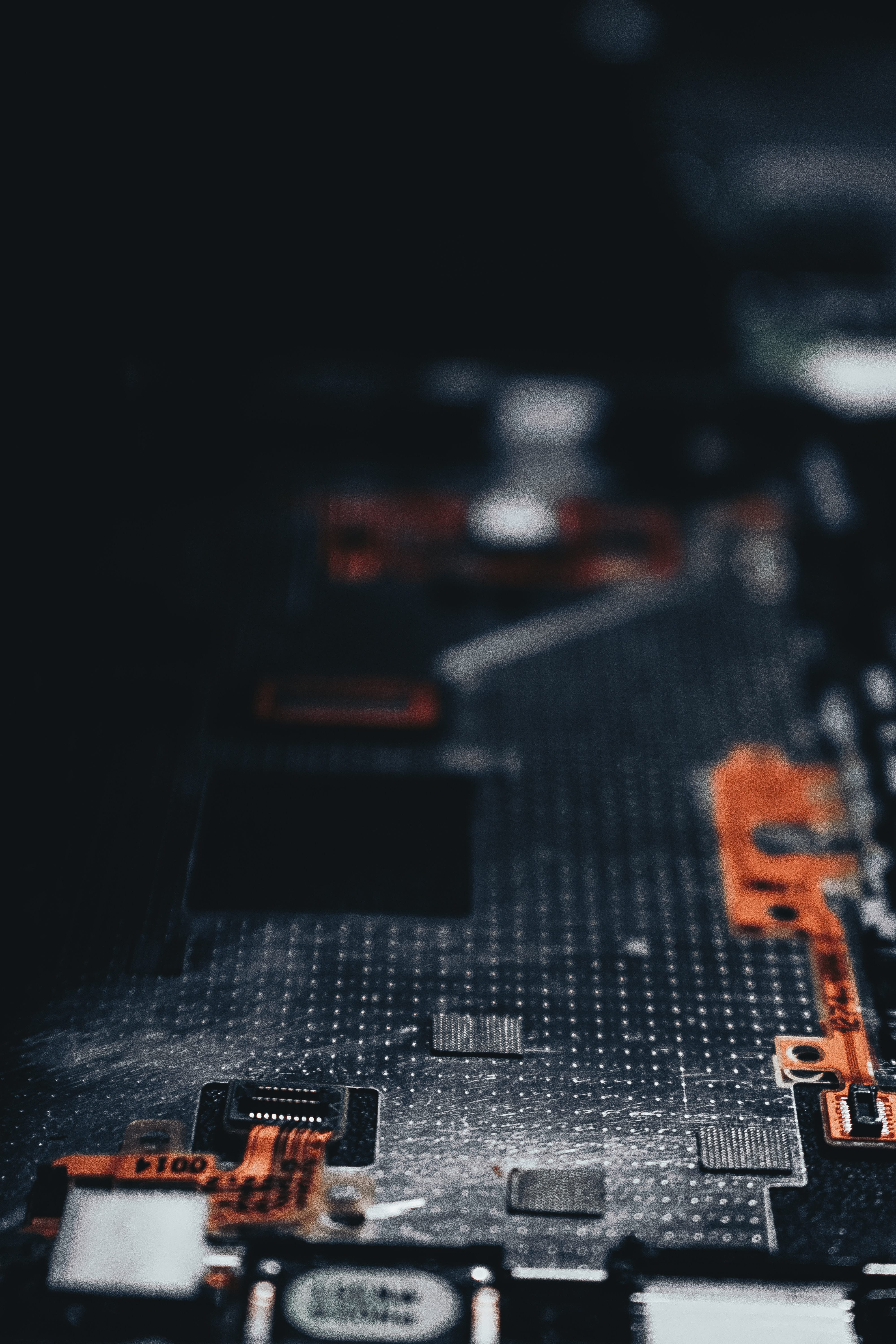 Every business faces a major data-loss situation at some point. It’s not a question of “if,” but “when.” And when it happens, businesses without a corporate data backup solution face grim prospects for recovery.

60% of businesses shut down permanently within 6 months after a major data loss, according to figures from Boston Computing Network. But it’s not just the “big” disasters that businesses need to worry about.

Data loss happens every day at organizations of all sizes. From lost emails to accidentally deleted folders, even the smallest data-loss events can hurt your productivity, burden your IT teams and drag down your bottom line.

How do these disasters happen? Let us count the ways …

Unless you’ve been living under a rock for the past few years, then you’re probably familiar with the data-encrypting malware known as ransomware.

It’s arguably the no. 1 reason why you need corporate data backup today. Because once you’re infected, you stand to lose it all and never get it back. Even when businesses pay the ransom, some never get the decryption key needed to restore their files.

Ransomware may not be the most common reason for data loss at businesses, but it has become one of the most destructive and costly. On average, ransomware costs small businesses $100,000 per incident, according to figures reported by CNN. The bulk of those costs arise from the operational downtime that results from an attack.

Sometimes, stuff just breaks. And that includes your server drives.

The average lifespan of a hard drive, after all, is only about 4 years. Even if you’re diligently replacing drives every few years to reduce the risks of unexpected failure, drives can still fail at any time. And when they do, businesses can lose a ton of valuable data.

Even a seemingly small “hiccup” on your drive can lead to critical files being corrupted and unrecoverable, posing a costly challenge to the business, even if the drive itself is salvageable. In a worst-case server-failure scenario, a business can lose all its data in one fell swoop if there’s not a backup.

This is one of the top everyday causes of data loss at organizations around the globe. People delete things – often very important things, like customer records, order histories, business files, emails, calendar entries … the list goes on and on.

We’re all human, after all. And while there are some reliable precautions that businesses can take to prevent accidental file deletion, it will still happen. When it does, it can quickly snowball into a costly “hidden” disruption.

For example, an employee might have to tediously recreate the data they deleted, resulting in several days of productivity losses. Additionally, attempts to find and recover the deleted data can be equally time-consuming (and costly) for IT teams – especially if the data was never actually backed up.

When software crashes, it can lead to data loss in a few different ways. For starters, users can lose unsaved work, requiring them to recreate the data again. (There’s not too much you can do about unsaved work, even with a backup system in place. However, you can reduce some risk by using software from trusted developers and keeping the software updated, so that bugs are patched.)

The other big danger of application crashes is data being corrupted or even erased.

Buggy software, after all, can do a whole bunch of unexpected things. When software fails, it often creates an unstable condition in which data within the application is compromised or deleted – or it can even create instabilities on the drive where that data is saved. Without a backup, businesses stand to lose that data permanently.

Natural disasters pose a risk to your entire IT infrastructure. But when your data storage devices have been destroyed, you may never get your data back unless you have off-site backups.

Natural disasters don’t happen every day, but they remain one of the greatest threats to your data. These events can take numerous forms: lightning strikes, flooding, earthquakes, fires, hurricanes, tornados. Even a mere rainstorm can turn into a catastrophe if a roof leak causes your server room to be flooded.

Preventative systems can go a long way to minimizing the impact of these events, but your data will never fully be protected unless you store frequent backups at a secondary location.

Unexpected power outages and surges can result in corrupted data and damaged hardware—not to mention the loss of users’ unsaved work.

Most hard drives are not meant to be simply “unplugged” when they’re in the middle of processing data. A sudden loss of power poses a risk to your files as well as the drive itself.

Backup generators can help prevent these situations, even if they’re only used for temporary protection to allow for hardware to be properly shut down until full power is restored. But businesses need to plan for the risk of extended power outages, too. Without off-site backups, an organization will not be able to regain access to its critical data until the outage is resolved. In the case of severe natural disasters, that could be weeks.

Ransomware isn’t the only cybersecurity threat to your data. Numerous forms of malware and viruses can compromise both the health and privacy of your critical files.

Even malware that isn’t specifically designed to destroy your data can indirectly lead to data loss. Take Cryptojackers, for example. This malware hijacks your machines to mine cryptocurrency – it runs quietly in the background, so users often don’t realize it’s there. But meanwhile, the malware drains your computing resources for cryptomining, thus increasing the risk of application failure and other O/S instabilities, which puts your data at risk.

Antimalware software will block the vast majority of threats. But your data is never fully protected unless you have a corporate data backup system to fall back on.

This one ranks alongside accidental deletion as one of the most common causes of data loss. Critical data is constantly overwritten by accident – typically when new applications are integrated or when large amounts of data are being migrated.

In today’s data-centric business world, app integration is a good thing. It allows us to work smarter and view our critical data in a wider range of applications that make our jobs easier and more efficient. But when an integration is misconfigured, a whole lot of data can be wiped out in seconds. And without a backup, that data is gone for good.

We’ve touched on the problem of corrupted data a little bit already, but it’s worth underscoring just how common these situations can be.

Whether caused by hard-drive failure, software failure, malware, instabilities within the operating system or something else, data can become corrupted at any time. Having a backup is an essential precaution – but it also matters how your data is backed up. For example, traditional incremental backups are notoriously prone to corruption resulting in failed recoveries, because of the way in which each new incremental backup is dependent on the rest of the backup chain.

Newer, more resilient technologies, like Datto’s Inverse Chain, available on its SIRIS and other backup solutions, remove that dependence on the backup chain so that each new snapshot is an independent, fully constructed backup.

You know who you are.

Yes, believe it or not, many businesses use USB thumb drives as their only form of “corporate data backup.” Aside from the numerous reasons why this is an inadequate approach to business continuity, there is also the inherent risk of losing the drive. Oops!

If you drop the stick in the toilet, or it gets crushed or simply goes missing, all your files are gone.

We’re not sure why any business would want to create this much risk – but if so, then you better have another, more dependable backup available elsewhere. Without one, your business is in no better shape than the USB stick in the toilet: dead in the water.

Many smaller businesses don’t even think about backing up the files they store in cloud apps. In their minds, that data is already backed up because it’s in the cloud.

Except, that’s not really true at all. Cloud-based file-syncing services are just as vulnerable to being compromised by things like malware and on-site software bugs. For example, if on-site data is corrupted and then synced to the cloud, then the cloud versions will be bad too.

This is why it’s critical for businesses to back up their SaaS data as well. Services like Backupify routinely back up data within apps like Google Drive, O365 and Salesforce, up to three times a day.

12) Because you can’t afford downtime

One more time for the people in the back …

When you lose your critical data, your critical operations come to a standstill. For every minute that follows, the costs continue to rise. Idle workers, revenue losses, production freezes – it adds up exponentially.

A single hour of downtime can easily cost small businesses tens of thousands of dollars. For larger businesses, that number balloons to $5 million – again, that’s per hour.

Smaller businesses often don’t have the resources to overcome such losses, which is why many go out of business after a major data loss. And if that’s not a good enough reason to invest in a data backup solution, then we don’t know what is.

Think you need corporate data backup? See what your options are.

Take a closer look at today’s best small-business backup solutions. Request a free demo or contact our business continuity specialists today at Invenio IT by calling (646) 395-1170 or emailing success@invenioIT.com.