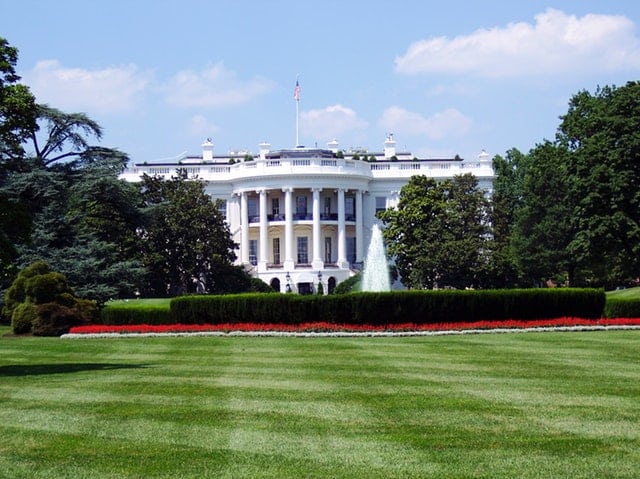 2019 was a rough year for government organizations as ransomware wreaked havoc on public services across the United States.

More than 70 state and local governments were successfully infected, according to data from CNET.

Some municipalities fared better than others. While some were able to restore their systems within a few days, others lost critical services for weeks or even months, including email, electronic records, tax-revenue systems, and emergency systems.

How do some recover quickly from ransomware, while others don’t?

In most cases, it all comes down to the capabilities of their data backup and disaster recovery systems.

Data backup is a critical component of business continuity in government – especially in the age of ransomware. When data is lost, deleted or encrypted by ransomware, backups ensure you can get your files back.

In the case of ransomware, backups also eliminate the need to pay the ransom. By rolling back to a clean recovery point, the threat is effectively removed.

In October, the FBI issued a statement, warning that “state and local governments have been particularly visible targets for ransomware attacks.” They added that “the most important defense for any organization against ransomware is a robust system of backups.”

“Robust” is the key word here, because not all backups are made equal. To ensure continuity and thwart threats like ransomware, government data backups need to be more dependable (and recoverable) than ever.

Here are some essential features that make that dependability possible.

What to look for in your government data backup system

What you back up is critical. Today’s best business continuity and disaster recovery (BC/DR) systems do more than merely back up your files. They protect your entire computing infrastructure, including the applications and operating systems. This applies to physical, virtual and cloud infrastructures. Whatever environments you use, they need to be fully backed up. Otherwise, you run the risk of a long, costly recovery when disaster strikes.

Image-based backups are what make full infrastructure backups possible. They capture a complete snapshot of a machine and store it as a single file, referred to as an “image.” This differs from traditional file-based backups (i.e. NTFS file systems), which basically copy each every file individually. Image-based backups are more efficient and typically far faster to restore, whether you’re recovering individual files or entire systems.

Another benefit of some image-based backups is their ability to be booted as virtual machines. This is a must-have capability for any government agency that needs to be able restore its systems within seconds after a disaster. Virtualized backups allow you to access your protected machine in a virtual environment, including operating systems and applications. So your mission-critical services can continue, even during a widespread ransomware attack.

What would happen if a fire destroyed your city’s servers? If there were no additional backups, then that data would likely be gone forever. This is why every government organization should be mirroring backups to multiple locations, so that if on-site infrastructure is destroyed, data can still be restored off-site. These days, the best approach is what’s called hybrid backup: backups are stored on-site and in the cloud for 360-degree protection.

Traditional incremental backups are efficient in how they’re created, copying only the data that has changed since the last backup. But it can get a little dicey during the restore. During recovery, a full backup needs to be created from the chain of incrementals. This can be a very slow process, but also, all the incrementals (along with the first full backup) are dependent on each other. If just one incremental is corrupted, the whole thing falls apart. This is why traditional backups are notoriously unreliable during restores.

Newer BC/DR advancements, like Datto’s Inverse Chain Technology, offer chain-independent backups. This means that each new incremental is stored in a fully constructed state that’s not dependent on the chain.

After a ransomware attack, nobody wants to hear that your backups aren’t viable. These days, data backup for government needs to have automated verification processes that continuously check each new backup to confirm that it can be booted. And if it can’t, administrators are alerted immediately, so they can fix any problems before a data-loss event occurs.

What if your data backup system could detect signs of a ransomware infection that your other cybersecurity systems missed? That’s exactly what Datto’s solutions do, giving administrators a running start to remove threats before they spread any further. Built-in ransomware detection scans each new backup for signs of an infection, so you can take swift action.

Certain types of data loss are unique in that they involve rapid, unwanted changes to large amounts of data. Ransomware is a prime example, but other common scenarios are failed O/S updates, accidental overwrites or data corruption from software crashes. In the past, recovering that data meant tediously identifying the data that needs to be restored, or restoring a much larger dataset, including data that was never changed in the first place. But today, smarter recovery options, like Datto’s Rapid Rollback feature, allow you to rollback only the data that was adversely modified. The tool effectively lets you undo widespread file changes by automatically identifying the files that were modified between the last two backups.

Local and state governments increasingly rely on SaaS applications, like G Suite and Office 365, for email, cloud storage, file sharing and other uses. However, the data stored in these systems is typically not protected by your on-site backup solutions. So when data loss occurs, whether due to accidental deletion, overwrites, ransomware, account deletion or other causes, that data could be gone forever.

To prevent the risk of data loss, governments and businesses using SaaS should absolutely be backing up their cloud data with third-party solutions like Backupify.

For more information on how you can protect critical government data from ransomware and other threats, request a free demo of backup solutions from Datto. Contact our business continuity experts at Invenio IT by calling (646) 395-1170 or by emailing success@invenioIT.com.