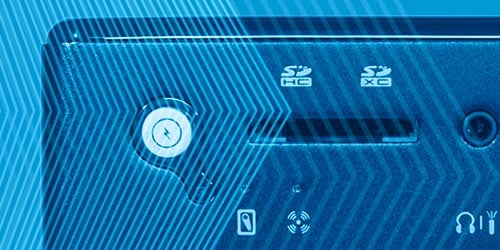 It’s been a little over a year since the release of the Datto X1 – Datto’s compact, all-flash BDR appliance, which the company announced at DattoCon16. Since then, the company has also released the X2 and X4 devices, offering greater storage capabilities of 2 TB and 4 TB, respectively, plus professional rackmount units offering up to 12 TB.

Today, we take a closer look at the X1 series (formally known as the SIRIS 3 X1, or S3X1 for short), to illustrate why it’s a great SMB solution for:

The Datto X1 provides the same great data protection as other SIRIS offerings, but in a smaller form factor built with solid state drives (SSD), instead of spinning disks. Below, we go into the advantages that these all-flash drives bring to your business continuity infrastructure, along with tips on how to choose the right SIRIS device for your company.

A quick background on the Datto SIRIS

If you’re new to Datto’s BDR (backup and disaster recovery) devices, then let’s start with a brief introduction to the SIRIS line.

The SIRIS 3, in short, is a business saver. It’s a fully featured data-protection platform that allows for dependable, efficient backups and ultra-fast recoveries that can be performed either locally or off-site.

There are lots of BDR products out there, so it’s worth pointing out what has made SIRIS a game-changer for business continuity:

In a disaster situation, the Datto SIRIS 3 enables businesses to practically eliminate downtime. Data recovery processes that used to take hours or days—and were notorious for failure—now take only minutes. So when a disruptive event occurs, businesses can keep running without even flinching.

What to know about the Datto X1

So, what’s the deal with the Datto X1?

Unlike other SIRIS offerings, the SIRIS 3 X1 is built with a solid-state storage drive, also known as flash, rather than a traditional hard disk drive (HDD).

There are two fundamental benefits to SSD:

Last year, we were one of the first to get our hands on a new S3X1. Not surprisingly, we geeked out over the unboxing and setup, and we later discussed everything we loved about the device.

A year later, our feelings toward the device haven’t changed all that much. Here are the top three reasons why we recommend it for backing up data in a wide variety of business settings:

Remember that one of SIRIS’s most important capabilities for business continuity is Instant Virtualization. Within BCDR, this technology is sometimes also referred to as “recovery in place” or “instant recovery.” It’s what allows users to run production workloads from backup copies of virtual machines.

In other words, when you lose access to your systems, you can recover on another machine, access your data and even run your business-critical applications as you normally would, but simply within a local virtualized environment. This recovery is pretty much instant, thus dramatically reducing downtime.

However, when you’re talking about running applications from a backup device, you can expect an inevitable drop in performance. This is where SSD makes a big difference.

Flash storage offers very high performance for Instant Virtualization, boosting the processing speed of applications, so that you can get more done during those crucial moments following a disaster.

Make no mistake: as Flash storage continues to drop in price, it will play a bigger role in BDR. In a 2016 blog post about the Datto X1, Datto wrote: “We believe that flash storage will have an important place in the data protection space in the future as flash continues to become more affordable.”

Okay, let’s get nerdy for a minute.

We’ve revealed some of what’s under the hood of the X1, but here’s a complete snapshot of the specifications.

As for the ports and connections on the device, you’ve got: Power Adapter Connection, Video Out, Primary & Secondary NIC, 4 x USB 3.0, 1 x USB 2.0.

How to know if X1 is for you

Essentially any size business could benefit from the protection and performance of Datto’s SIRIS 3 X1. But smaller companies, rather than enterprise, are likely to find it a better fit.

Since the X1 is designed for companies with single-license backup needs, it makes sense—financially and infrastructure-wise—for businesses that have one server and are looking for enterprise-level protection at very affordable pricing.

Remember that the storage capacity for X1 is 1 TB SSD, so if you’ll need more, you may want to consider the X2 (2 TB) or X4 (4 TB). But if you’re looking for that kind of capacity, you’ll probably want to compare the X series with other options in the SIRIS line, which offer HDD capacities ranging from 500 GB to 120 TB.

If you discover that all-flash isn’t for you, keep in mind that other SIRIS devices still offer an extremely high performance compared to competing BDR devices, and they all incorporate SSD drives for OS processing (from 60-120 GB).

Take the Datto SIRIS 3 X1 for a virtual spin. Request a free demo or contact our business continuity specialists at Invenio IT for more information on how Datto’s data-backup solutions can protect your business. Call (646) 395-1170 or email success@invenioIT.com 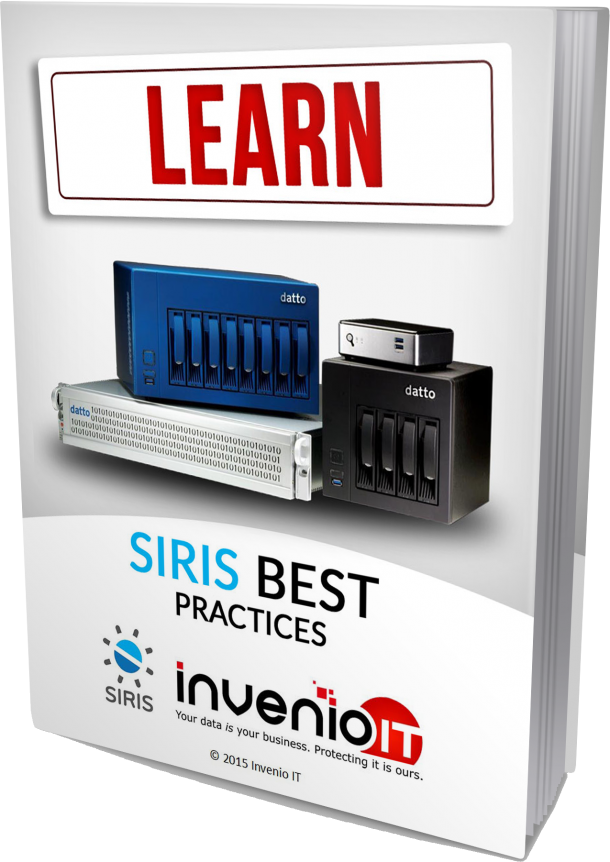