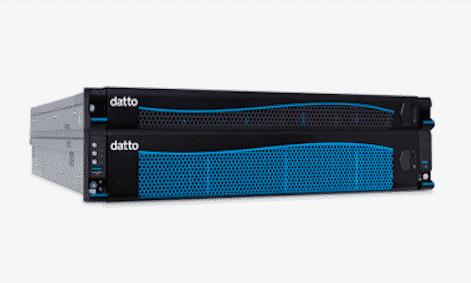 Everything You Need to Know about the Datto SIRIS 4

One of the biggest announcements at DattoCon19 was the release of the SIRIS 4. The newest version of Datto’s flagship BC/DR device will offer more power to make backups even better. From faster virtualization to better backup verification, there’s plenty to be excited about.

Here’s what we know so far and what it means for your business continuity objectives.

The Datto SIRIS 4 is a complete revamp

The first thing you need to know about the SIRIS 4 is that it’s a complete revamp of the SIRIS 3, built with new hardware to make it Datto’s most powerful BC/DR solution to date.

New, faster processors and other hardware upgrades will make backups even more resilient, while also increasing the performance of virtualization. Faster virtualization means faster access to your critical data and applications when you need it most.

The SIRIS 4 features two high-powered processors from Intel: the Skylake and Cascade Lake CPUs. Both feature additional cores and a dedicated write cache (SLOG), which significantly boosts the performance of virtualization. (More on that in a sec).

Like the SIRIS 3 and previous versions, the SIRIS 4 is available in multiple form factors and sizes to meet the needs of each business. You can choose from mini desktop (SIRIS 4X), desktop and rackmount chassis, with backup capacity ranging from 500 GB to 100 TB.

One of the most significant advancements in BC/DR over the last decade has been backup virtualization – the ability to back up your entire infrastructure and boot it as a virtual machine. This enables businesses to quickly regain access to applications and data, even if full data recovery is still underway.

Speed and stability are key to virtualization. Otherwise, it provides little benefit. Datto understands this more than anyone, which is why they’ve built the new SIRIS 4 for even greater speed and processing power.

The Datto SIRIS already enabled businesses to virtualize their backups in just seconds (directly from the backup device or the Datto Cloud). Now, with more powerful CPUs, the virtualization performance is even better.

Datto says that virtualization on the new SIRIS 4 is 50% faster than previous devices. This means that your virtualized applications are quicker, more seamless and more stable – so your critical teams can keep operations moving after a disruption.

The greater processing power also means more agents can be virtualized on the same backup device. So if several team members need to virtualize multiple machines to access a variety of data and applications (a common scenario for businesses recovering from a sprawling ransomware attack), the SIRIS 4 gives you the power to do so.

And remember that SIRIS can protect basically any infrastructure running Windows, Mac or Linux. With the ability to virtualize more agents per device, you can quickly access your critical files and software wherever it lives.

Your most critical applications also tend to be the most resource-intensive. They eat up computing power on your servers and PCs, so when it comes to running them in a virtual environment, performance can suffer. The apps become slower, choppier and generally less reliable (which is a big problem when you’re trying to restore operations after a disaster).

Previous generations of the Datto SIRIS already offered an impressive amount of power for virtualization, but the SIRIS 4 is taking it to the next level. Your heavy-duty apps get the power they need to run like they should, directly on the backup appliance.

–       TIP: You should always consider the demand of your applications when choosing the size of a Datto appliance. Your MSP will work with you to choose the right device, but here are some handy tips on how to properly size your Datto appliance.

Traditionally, backup failure can occur when there’s a lack of available system RAM on protected devices, or when other problems arise from the memory hardware itself. This can lead to data corruption, significantly slowing down the recovery process and requiring a ton of time to manually troubleshoot the problem.

Datto is tackling this problem with hardware upgrades on the SIRIS 4. The SIRIS 4 now features self-healing ECC memory (error-correcting code), which reduces the rate of memory failure, so your backups boot without problem.

–       TIP: If you’re encountering errors when restoring a backup for a system protected by the Datto Windows Agent, it’s generally the result of a memory allocation failure. Datto recommends the following solutions: For 64-bit systems, be sure to keep at least 1 GB of system memory free for backups to succeed. For 32-bit, make sure you have between 3.5 GB to 4 GB of physical RAM available.

The Datto SIRIS (and its ALTO devices) already tackle one of the biggest culprits of data corruption: broken backup chains. The company’s Inverse Chain Technology stores each new recovery point as an image-based backup in a fully constructed state. This lets you delete backups without resetting the backup chain, thus resulting in more resilient, more efficient backups.

The self-healing ECC memory on the SIRIS 4 can detect the most-common kinds of internal data corruption and correct it automatically.

Additionally, Datto emphasized that the SIRIS 4 also features optimized logic on the OS drive, as well as increased capacity, which further alleviates the strain on the OS, protecting against the risk of backup failure.

Screenshot Verification is Datto’s automated process for verifying the viability of backups, immediately after the backup is completed. In short, it ensures that backups can be recovered without issue. And, it lets administrators know that everything looks A-OK – so that when disaster strikes, there are no surprises.

The new CPUs in the SIRIS 4 boost the speed of screenshot verification – up to 10x faster than the SIRIS 3, according to Datto. Faster verification speed means that any issues can be found and corrected even faster (and your IT folks can spend more time on other important tasks).

Naturally, the system can occasionally pick up on something that’s not a legitimate problem, delivering a false positive. That’s not necessarily a bad thing, because it means the verification process is working as designed. (And it’s better to be safe than sorry, right?)

However, to help prevent these alerts from becoming a nuisance, the SIRIS 4 has been designed to reduce false positives, thanks in part to the increased computing power from the new CPUs.

This is actually a pretty important update that flew under the radar at DattoCon19.

The SIRIS 4 device includes significant improvements to the acoustics and heat management – in essence, how much noise it makes and how hot it gets.

Anytime you add a high-powered device to your infrastructure, it’s going to generate noise from the fans. That may seem like an easy trade-off for achieving enterprise-grade business continuity, but the noise can still be a nuisance for businesses.

To address this, Datto has made the SIRIS quieter and more “ambient” by dynamically tuning the internal cooling. The fan speed and thermals are automatically balanced based on the workload of the system. This makes the cooling quieter and more efficient, so that it doesn’t create a disruption in the workplace.

In addition to Datto SIRIS 4, the company also unveiled the next versions of its all-flash backup devices: the SIRIS 4 X1 and X2 (or S4X1 and S4X2 for short).

The S4X1 and S4X2 offer a lot of the same enhancements and capabilities as the full-size SIRIS 4, but they’re built with solid-state drives for even faster performance. Plus, the mini-desktop version is smaller than ever: just 4″ wide and tiny enough to fit in your pocket.

The X1 and X2 offer 1 TB and 2 TB of backup storage, respectively. Businesses with greater storage needs can upgrade to the rackmount versions, which offer up to 48 TB on SSD.

One final big SIRIS announcement was the release of SIRIS Private – an innovative cloud backup solution designed for businesses with strict security requirements that prevent them from using a public 3rd-party cloud for data backup.

Organizations in industries like finance and healthcare face regulations for how they store data. Mixing their backups with other companies’ backups in the same public cloud (where you have less control over where the data lives or how it’s handled) is generally not permitted.

So, how does a business achieve the same protection and dependability of SIRIS’s hybrid cloud, while keeping the data self-contained on the company’s own network?

Simple: with a secondary SIRIS.

With SIRIS Private, businesses deploy an on-site SIRIS and connect it to another SIRIS at a secondary location for replication and recovery. This creates a private cloud BC/DR solution that offers nearly all the same capabilities as Datto’s traditional hybrid cloud deployment.

Get more information on these updates and other announcements from DattoCon19. Contact our business continuity experts at (646) 395-1170 or email success@invenioIT.com. Or, request a free demo to take a tour of the Datto SIRIS.