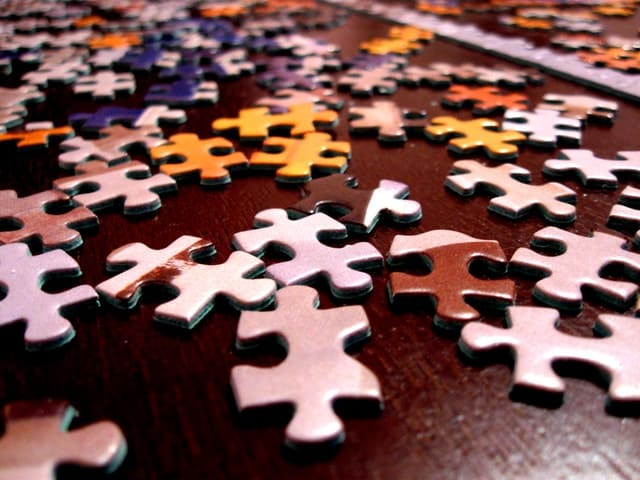 Is Converged Architecture Right for Your Organization?

Converged architecture is changing the way we think about traditional IT infrastructure, how it’s deployed and how it’s managed. There are clear benefits to adopting a converged approach – but that doesn’t mean it’s a perfect fit for every organization.

Use this guide for a better understanding of how converged architecture works, what it does and what to consider if your organization is thinking about making the transition.

What is converged architecture?

Converged architecture (CA) is a form of IT architecture that consolidates components like servers, storage and networking into a single turnkey appliance.

Also referred to as converged infrastructure, CA aims to simplify physical hardware deployments to make them more efficient, easier to deploy and easier to manage. A converged appliance is provided by a single vendor and typically preconfigured to the customer’s needs, so that everything works together seamlessly “out of the box.”

Converged architecture is an alternative to traditional IT infrastructure, which often involves the deployment of independent data silos and disparate systems that need to be manually configured to communicate with each other.

The so-called “silo mentality” is often the result of fast-growing companies with various departments deploying IT systems based on individual needs, rather than thinking about the “big picture.” In these scenarios, various technology components are added throughout the organization, resulting in a Frankenstein-like mish-mash of hardware.

IT managers know the frustration of needing to adapt to business needs while also knowing that unnecessarily complex infrastructure ultimately hurts the organization, even when it “works.”

Consider, for example, a large financial company with corporate offices in New York and San Francisco. New York handles the bulk of corporate operations, like accounting, HR, customer service and so on. San Francisco mostly handles marketing and creative.

Both offices rely on the same overarching IT infrastructure and they communicate over the same network. But the departments in each office have their own independent technology needs, which grow at different paces. Financial services companies face stringent regulations for how they handle and store financial data, requiring different processes and systems than those used by other departments, such as creative. For example, some departments may have a greater need for virtualization servers, while others may need their own data storage silos.

This is how infrastructure ends up growing in different directions and becomes an increasingly complicated mess. Skilled IT teams can of course make it all work, but often at the expense of the company’s bottom line: an overly complex infrastructure requires more time, resources and money to deploy and manage.

Converged architecture offers a cleaner approach to IT infrastructure. It eliminates the need for several disparate components by consolidating them into a single appliance.

Since all the converged components are delivered by the same technology vendor, they work together more efficiently, with fewer hiccups and minimal configuration.

In a traditional infrastructure design, these systems need to be individually configured together. A converged appliance combines it all into one preconfigured stack.

And if problems occur, resolving them is typically easier because you only have to deal with support from a single support team, rather than several.

The benefits of converged infrastructure are numerous, but businesses need to weigh their options carefully.

Converged appliances are typically designed for medium to enterprise businesses that are looking to simplify their datacenter management. So right off the bat, smaller businesses can scratch this investment off their list, as they likely don’t have the need for it.

But for larger businesses with more complex infrastructure needs, then it may be a wise choice. Here are some questions to consider.

How much time do you spend managing infrastructure?

The time that your IT teams spend managing infrastructure can be extremely costly. New deployments, configurations, troubleshooting problems – it all adds up.

Stakeholders may view these expenses as justifiable, because all the technologies (and the work that comes with them) are needed to achieve business goals.

But in reality, if the infrastructure is overly complex, then the cost of managing it all is probably far higher than it needs to be. Businesses need to examine exactly how much time they’re currently spending on infrastructure management and carefully weigh these costs vs. the cost of deploying a converged system.

What is the projected ROI / TtV?

Transitioning from an existing infrastructure to converged architecture can be a sizable investment, especially for larger organizations. But businesses need to consider the financial value it can bring by reducing IT costs in the long term.

What is the projected time to value (TtV) of a converged deployment? How soon will the savings cover the cost of the initial investment? How quickly will the organization see a return on the investment?

Ultimately, these calculations will look different for every company. For some, the time to value will be much sooner. For others, the TtV may be further out and may make sense to postpone the transition until other upgrades are needed, which brings us to another important question …

Are you already planning a major IT upgrade or deployment?

For many organizations, the decision to transition to converged architecture is much easier when a major infrastructure investment has already been planned.

In some cases this planning is part of a long-term timetable for upgrading aging datacenter infrastructure. In less desirable circumstances, this planning is unexpected, due to sudden critical failures in hardware, prompting the need for quick and costly replacements.

Both situations present an ideal time for transition to a different architecture: before any additional investments are made for the current infrastructure.

If, for example, major upgrades have just been completed recently, and the current architecture is sound (if not as efficient as it could be), then it likely makes more financial sense to plan the transition for the future.

How quickly are IT issues being resolved?

By this, we don’t mean general support tickets or the little snafus that eat up your IT folks’ time every day. We’re referring to the larger system errors and hiccups that tend to drain productivity across the organization: things like virtual servers failing constantly or running too slowly, or network outages, or critical applications not working like they should because of the aging hardware they’re installed on.

When those “big” problems surface, how long does it take to resolve them? How many people tend to be involved? How many lines of vendor support need to be contacted?

If supporting the current infrastructure is negatively affecting operations, then it could be time to rethink your architecture.

How energy-efficient is your datacenter?

Sprawling infrastructure translates into higher energy usage. For businesses that are aiming to reduce their energy costs and their carbon footprint, transitioning to converged architecture might make sense.

IBM says its PureFlex line of converged appliances can reduce datacenter costs by up to 40%. That’s a significant savings that should be considered when determining the overall time to value of the deployment.

Increased energy efficiency is of course achieved by reducing the number of physical servers, storage and networking components, as they’re consolidated into a single appliance.

Do you require more configuration options?

If so, then switching to converged infrastructure might not be for you.

One of the greatest benefits of CI is also one of its limitations for some organizations. While IT managers do have the flexibility to “tune” each component in a converged appliance, it’s generally not possible to change the fundamental configurations that link the components together. Those configurations are already done by the vendor prior to deployment, according to the specific workload needs of the business.

So if your organization requires more complex configuration capabilities, then you’ll want to check with the vendor about your options before moving forward.

Will you want granular data services?

Integrated, software-defined features, such as WAN optimization, inline data deduplication, replication and so on, are a key benefit of hyper-converged infrastructure. If you’re a smaller organization that doesn’t need as much customization, then hyper-converged is likely a better fit than converged.

What about data backup?

Some converged systems (particularly hyper-converged) come integrated with some backup capabilities, in addition to other data services. However, businesses will typically still need to deploy a more robust business continuity solution if they want greater data protection.

The Datto SIRIS is an example of a BC/DR solution that offers its own converged benefits: it uses a hybrid-cloud architecture to converge the storage, compute and virtualization capabilities of an on-site backup appliance with the Datto Cloud.

Backups are processed and stored on the on-premise device (available as rackmount chassis, desktop, imaged hardware, etc.), and replicated to the cloud. Backups can be virtualized on the appliance or in the cloud, providing greater recovery options for a wide range of disaster scenarios.

Additionally, the Datto SIRIS performs full infrastructure backups, ensuring that applications, operating systems and virtual environments are all backed up as well.

How does backup fit into your converged infrastructure?

If you’re considering a transition to converged architecture, be sure that disaster recovery does not become an afterthought. Get expert guidance on integrating BC/DR with your infrastructure by contacting Invenio IT. Schedule a free demo or contact our business continuity specialists at (646) 395-1170 or success@invenioIT.com.