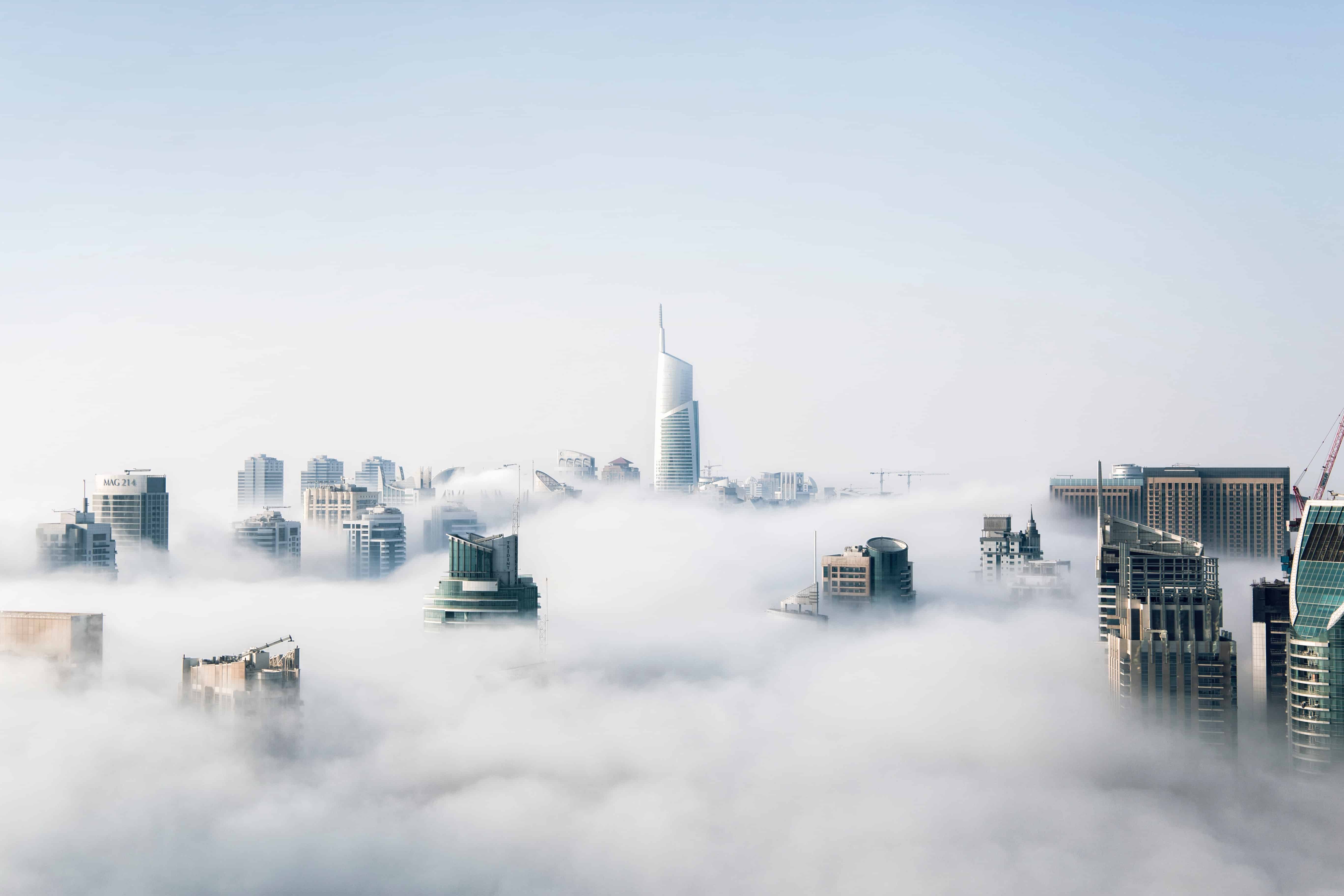 Hybrid cloud virtualization is changing the way we think about data recovery.

In the old days, you had limited options for recovering data after a major disaster. A full restore could take hours or even days—and frankly, it still can. But thankfully, faster cloud computing has ushered in new recovery options that can virtually eliminate your operational downtime.

By virtualizing a backup in the cloud, businesses can recover their critical data and applications in just seconds.

But what does this mean exactly?

Let’s take a closer look at how virtualized backups work—and how they can save your business.

A ransomware attack has infected half your systems. Your most critical data is locked up, along with the software that runs your manufacturing and logistics operations. Everything is at a standstill. And with each passing minute of downtime, the company is losing thousands of dollars.

Your IT teams are moving quickly to reconstruct the backups. But that’s going to take a while, and nobody seems to have an ETA.

Only one thing is for certain: if the business can’t get up and running again soon, it’s game over.

This is where virtualization is a game-changer.

With virtualized backups, you don’t have to wait hours or days to regain access to your files. Instead, you can do it instantly by booting the entire backup as a virtual machine.

This means your teams can continue using critical applications like normal while the larger recovery is underway.

Even better: with cloud virtualization, you don’t even need to be on-premise. So even if your entire on-site infrastructure has been destroyed in a fire, you can virtualize a backup in the cloud, from virtually anywhere.

Let’s pause here for a second to dig into how virtualization works as it relates to data backup.

In simplest terms, virtualization is the process of creating a virtual version of IT resources (i.e. servers, desktops, operating systems, storage devices and so on) without being bound to traditional hardware.

Remote desktop software is one common example of virtualization in practice. If you’ve ever accessed the Windows environment from your office desktop on the screen of your laptop at home, then you’ve used virtualization.

How can backups be virtualized?

In the case of virtualizing a data backup, let’s look at how Datto’s BC/DR systems do it.

The Datto SIRIS and ALTO are dedicated devices for backup and disaster recovery (BDR), which reside on your network. At regular intervals, these devices take a complete snapshot of your entire system, including physical or virtual servers, operating systems and files.

These backups are stored as VDMK files, which makes them fully bootable virtual machines. So instead of having to reconstruct incremental backups (which are notorious for failure), you can use virtualization to regain access to your server – even if the actual servers are toast. That’s huge.

Any time you virtualize one machine onto another, you need to think about the system resources available to process that virtualization.

That’s why it’s important to properly “size” your Datto appliance, based not only on your storage requirements but also on the processing power of the machines you’re backing up. Your BDR appliance must be powerful enough to virtualize your applications as smoothly as they would run on your servers.

But if you need more control over this performance, Datto gives it to you. With Datto’s web-based interface, you can configure CPU and memory resources to your needs. You can also configure network resources dynamically, so that new changes can be made without restarting the virtual machine.

What’s more, you can continue a normal backup schedule during virtualization – so that any files that are created, modified or deleted while using the virtual environment will continue to be backed up.

Virtualization for data backups gets even better when you factor in the cloud.

Cloud virtualization eliminates the need for businesses to use their own on-premise resources to virtualize the backup. Because, let’s face it: in the most catastrophic disasters, your on-site infrastructure won’t be available. It could be flooded with water or destroyed in a building collapse.

Cloud virtualization ensures that your critical personnel can still access and run your most important applications, right away, no matter where they’re located. It’s a solution that can literally save your business after a catastrophic event. Cloud virtualization is enabling businesses to continue operating through disasters that were previously un-survivable.

With Datto, there are actually a few different ways to virtualize your data, depending on the device and the specific scenario: on-site, off-site or hybrid cloud virtualization (which is sort of a mix of both).

Here are the key differences between each of these options:

1) On-site: This virtualization is powered by the on-premise device. In many cases, this will be the preferred route for booting a backup in a virtual environment, because the data transmission will take place over your network, rather than the Internet.

Example: you’ve just experienced a major server malfunction and you need to get up and running again ASAP. In this case, you would simply spin up the machine within the on-site Datto appliance. On-site virtualization is only available on Datto’s SIRIS devices. Additionally, this option is ideal for spinning up just one or two machines (after that, you’ll likely be maxing out the device’s local resources, and that’s where hybrid comes into play).

2) Off-site: Off-site virtualization (or “cloud virtualization”) is powered almost entirely by the Datto cloud (and the machine you’re using to view that virtual environment, of course).

An example scenario would be losing total access to your on-site infrastructure after a natural disaster. The Datto Cloud would enable your critical teams to spin up machines from basically anywhere: a secondary office location, employees’ homes, or even a coffee shop. As long as there’s a strong Internet connection, your teams can virtualize the backup wherever they are and continue using the critical applications that keep the company running. Full off-site virtualization is available on both the Datto SIRIS and ALTO devices.

Rather than using the resources on the on-premise Datto device, you can actually use the resources of Datto’s cloud. But you aren’t doing a full cloud virtualization either. Instead, what happens is you spin up a machine in the cloud, and Datto automatically builds a layer-2 VPN, tying that machine back to the local network that your appliance sees. This way, the machine operates as if it is actually being virtualized in the appliance, but instead of using local resources, you’re using cloud resources: Datto’s cloud CPUs, cloud RAM, etc.

This is actually how the Datto ALTO (designed for smaller companies) is able to provide performance virtualization, despite having pretty slim on-premise resources. It’s also available as an option on the Datto SIRIS and is particularly valuable when you need to spin up multiple machines. Again, your SIRIS should have plenty of power to virtualize one or two machines directly on the device. But after that, you’ll want to go hybrid, so that you can lean on Datto’s cloud computing power for the best performance when spinning up several machines.

There may be scenarios in which you need to recover data from a very old restore point. This could be for regulatory compliance, accessing an old application that still has valuable data in it, or other disaster situations. With Datto, it doesn’t matter if the recovery point is months or even years old – it can be virtualized instantly.

Also, for businesses that need it, Datto offers an infinite cloud retention option, allowing you to store an unlimited number of recovery points and unlimited amount of data in the cloud.

It’s worth noting that hybrid cloud virtualization requires a restore point that has already been mirrored in the Datto Cloud. So depending on how frequently you back up your data and when it’s replicated off-site, your most recent restore point may not yet be available in the cloud.

Wait, what if we only need a few lost files?

Virtualization is not necessary when you only need to recover select files.

If you’re using Datto’s BDR solutions, then you have simpler options for recovering the data you need. For example, you could use Datto’s Backup Insights to quickly identify and restore the missing files. This is ideal for situations in which files have been accidentally deleted, modified or misplaced. (After all, human error is typically the most common cause of data loss in the workplace.)

Virtualization is typically only necessary when you need to access the entire backed-up machine.

Datto devices actually offer a number of different ways to restore data. This disaster recovery guide provides some handy tips for choosing the best recovery method for your specific situation.

If you’re intrigued by the disaster-recovery benefits and protection of hybrid cloud virtualization from Datto, we’d love to give you a full tour. Request a free demo or contact our business continuity experts at Invenio IT to learn more about the BC/DR solutions from Datto. Call us at (646) 395-1170 or email success@invenioIT.com. 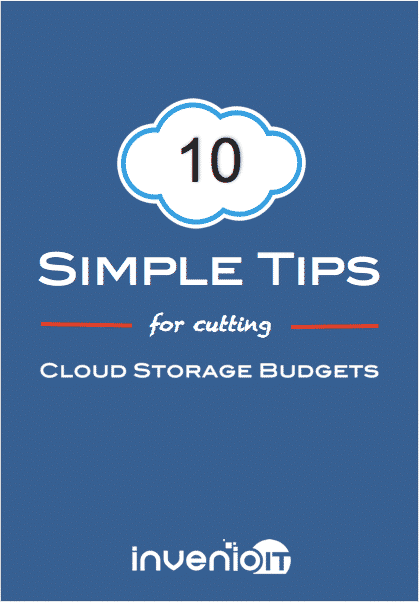